To be surrounded by as many entrepreneurs and leaders as possible, and be patient when working with banks: this is some of the advice given by the representatives of some of the most important specialists in the investment and fintech industry during the online event NEXT FinTech – The Bridge to Inclusive Finance. 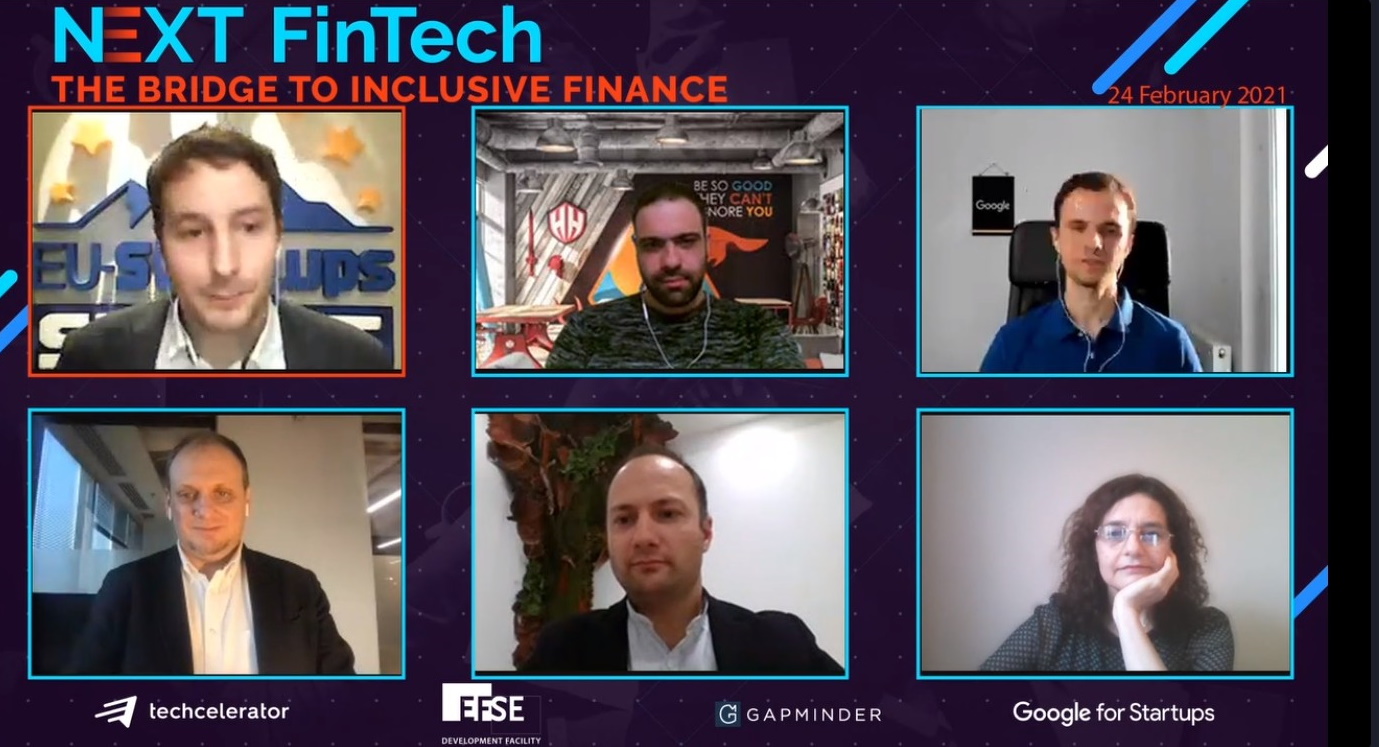 The event was the finale of the most extensive acceleration program for fintech startups in Romania and it was organized by Techcelerator and the Development Facility of the European Fund for Southeast Europe (EFSE DF).

Don't get over obsessed with positioning, especially in the early days. I know every VC, every investor will tell you: ‘You need to position, you need to operate in a niche!’ I think this is generally good advice, but you have to be open to the opportunities. There are so many opportunities in the financial services market, especially in the fintech market, that you may find yourself starting in one area, operating there, meeting a lot of people – and eventually you may be pivoting into another area. So be open to what the market is telling you - Teodor Blidăruș, FintechOS

The FintechOS founder also believes that the most important advice he can give to other entrepreneurs is to surround themselves with the right partners to be successful and get as many leaders as they can in your company.

I believe that building a fintech without the experience of working with banks is very difficult. If you don't know how to deal with the banks, even if you have the best product in the market, the system can reject you. Some founders are not so patient with the way banks are dealing with things; in banking, weeks are like seconds or seconds are like weeks. The time is very different - Cosmin Cosma, president of RoFin.Tech, and founder of Finqware

A similar message about how startups should prepare when interacting with large companies was also pointed by Dan Oros, Head of Marketing at Google & Youtube Romania.

"We receive requests from many startups and it is important how these requests are made - if they were written at the right stage, if the founders know what they are asking for. Here is an opportunity for accelerators, consultants and associations, to help startups in the process of connecting with banks and large companies. Startups have a limited number of potential interactions with these partners and it is essential to avoid certain mistakes of approach ", explained Dan Oros.

Cristian Dascălu, partner at GapMinder VC and co-founder of Techcelerator, considers that Eastern Europe startups are not well equipped to go to market independently and get fast traction to demonstrate a good validation to their investors.

"We see that in Romania, in Eastern Europe, startups are not equipped so well to go to market on their own and to get fast traction. At times, they focus too much on developing a vast product and not just to create a quick MVP. And this is what we try to bring to the founders: to take the little pieces of code to a commercial validation and further ramp up the development activity. Techcelerator exists because we want to bridge this gap and help the startups get bigger and faster market traction and get them investment-ready. The vision is a must-have. It is important to dream and think for the long-term, but it is essential to have in the team the business and commercial capabilities to do what you desire and to realize it quickly if you don't have them,” stated Cristian Dascălu.

The event NEXT FinTech - The Bridge to Inclusive Finance (February 24th) had 370 registrations from 36 countries.