The stock exchange-listed Erste Group is optimistic about the current financial year. This optimism is based on the forecast economic upturn of between +3% and +6% in the economies of Central and Eastern Europe (CEE). Despite the trailing effect of insolvencies in Austria and the CEE region, the bank expects that the current year will see its risk costs come in lower and its profits rising once again. 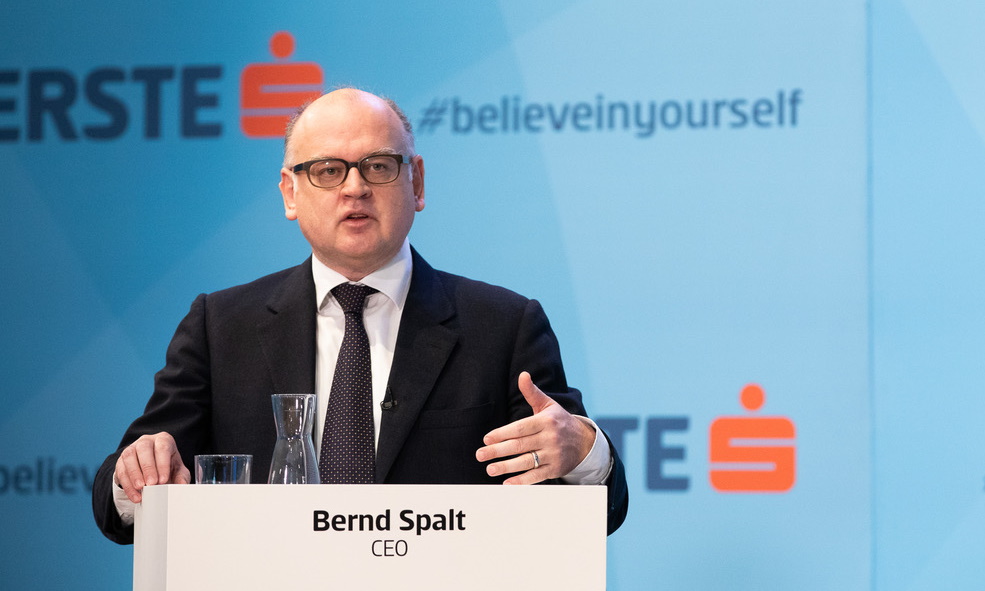 „I am confident about the year 2021. We should experience a clear upswing in our region’s economies this year – and with it, a change of sign, from minus to plus,“ says Erste Group CEO Bernd Spalt. This optimism regarding an upswing is based, among other things, on the fact that vaccination coverage of the population is increasing in a moderate but steady manner. 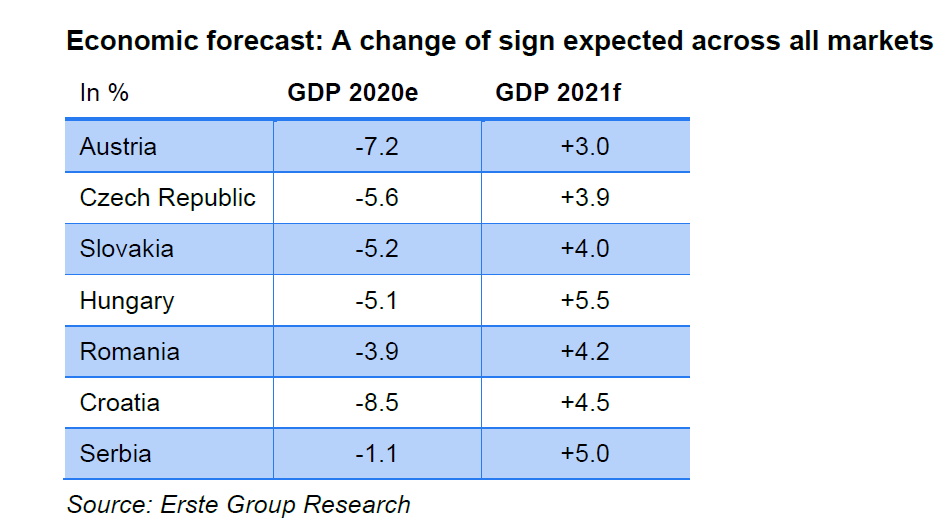 The Corona pandemic caused the CEE economies to enter into recession in 2020, although that economic contraction has turned out to be less severe than had been originally assumed. While the impact on Serbia was comparatively mild with a GDP decline of -1.1% in 2020, the Croatian economy plunged by -8.5% compared with 2019. In Austria, the GDP decline in the past year was also comparatively strong at -7.2%. According to preliminary data, the GDP downturn in 2020 amounted to -5.6% in the Czech Republic, -5.2% in Slovakia, -5.1% in Hungary and -3.9% in Romania.

Erste Group sees a turnaround in 2021, with the strongest GDP growth expected in Hungary (+5.5%) and Serbia (+5.0%). The economies of Croatia, Romania and Slovakia should all also grow by more than 4%, with the Czech Republic very close behind with an expected rise of 3.9%. The GDP dynamic that some CEE countries evidenced in the final quarter of 2020 gives reason for optimism: the Hungarian, Slovak and Romanian economies unexpectedly posted growth in Q4 2020 compared with the preceding quarter - despite the dampening effect of the lockdown measures in the respective countries.